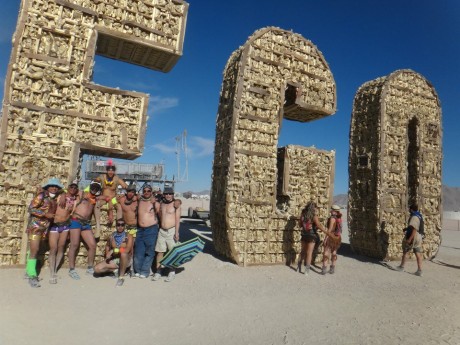 2001. I was 15 years old and proudly held the job of delivering newspapers around my neighborhood. In a few months, I had managed to save $200 in cash! It was the peak of my net worth and I felt like I could buy or do anything I wanted. My closest friends from high school came over to my house and before they left I realized three of my most valuable possessions were missing: the money, my bb gun and Grand Theft Auto CD. My heart was broken. I knew that one of them had stolen from me. I didn’t find out who the culprit was until several years later when I randomly called my closest friend from the group asked him if he knew anything about that night. To my shock and dismay, he admitted that everyone there had conspired against me and was involved in the theft. Even though it happened 6 years prior, I was crushed and stopped speaking to him until just recently. The theme of being wronged by friends and co-workers has been a reoccurring one, but this was the first experience I remember of feeling like the world was against me. If I couldn’t trust the people I considered friends, who could I trust?

In 2007, I was in the very early stages of my poker career. Pocketfives.com had me ranked as the number one online MTT player in the world and I was admired and respected by the majority of my peers. Here I was, a 21 year old kid from a low-middle income family, who randomly stumbled upon an unnatural talent that had the potential to change my life forever. I was on top of the world and nothing could bring me down. A couple months after I was cheated out of my entire net worth in a hotel poker game; I made another poor decision. I purchased the equity of a friend deep in a tournament and took over the decision making process. I won the tournament but shortly thereafter neither my friend, nor I, were able to login to our accounts. After an investigation, Full Tilt Poker concluded the appropriate punishment for our misconduct was to ban us from playing on the site and confiscate the winnings. What happened subsequently, was the harshest punishment of all: The relentless torment and ostracism by a community that I was once loved by. It was a tremendous blow to an ego that I was very much attached to and caused me to experience fluctuating emotions of sadness, depression, anger and resentment. What made this decision so bad was not the actual incident itself, but how I chose to deal with it after the fact. I would constantly go back and forth between one extreme and another of obsessing over what people thought of me to not caring at all. I simply could not get over it. Awkward stares, quiet whispers and the subtle vibe I got from people served as a constant reminder of the the person I was expected to be. I felt wronged, cheated and unfairly punished. I blamed everything and everyone but myself and being emotionally overwhelmed caused me to become weak and pathetic. I was in so much pain and just wanted the nightmare to end.

What Had I Become?

“Your reputation is what you’re perceived to be, your character is what you are.” – John Wooden.

For a long time my reputation was perfectly aligned with my character. Instead of fighting to be who I knew I was, I started believing I was the person I was accused of being. Soon, I became him. There’s no other way to put it, I caved in under pressure. I wasn’t someone I respected and lacking self respect is ultimate pain. Instead of taking full responsibility for my situation, I decided that being a victim was easier. And being a victim had it’s rewards; people felt sorry for me, I received validation and most importantly, I got to be right!
Assigning blame and making excuses is what kept me in victim mode. I didn’t have to do anything different because it’s not about me; it’s about someone or something else. I was simply the recipient. But being the victim comes with a price; I was no longer responsible and therefore eliminated the ability to use my imagination, resourcefulness and determination to overcome adversity. Once I became aware, I realized that I had complete control over my thoughts and state of mind. In reality, the most painful things that happened to me weren’t the events themselves, but how I reacted to them. I allowed outside circumstances to hijack my internal state of being.

Several incidents of being robbed, cheated and wronged had made me cynical, cold, distant and emotionally disconnected. The thought of people accusing me of exactly what I had been a victim to was unbearable. Poor me, no one understands, no one cares, I can’t trust anyone. In fact, whenever I chose to trust someone, subconsciously I wanted them to disappoint me so I could reinforce my beliefs that no one could be trusted! I wasn’t happy about the person I became. I thought I had self-respect but upon further self-evaluation, I realized I didn’t. Self-respect can’t exist or prosper within someone who lacks integrity. Trying to convince people I was honest was more important to me than actually being honest. I broke my word to myself and others regularly. Poker didn’t make me this way, my parents didn’t make me this way, circumstances didn’t make me this way, I made myself this way and lacked the tools necessary to realize and interrupt a detrimental pattern of thought. I allowed self pity, regret and the feeling that I blew the one opportunity I had to run my life. I felt unworthy and gave up on my dreams and visions.

I’ve finally allowed myself to experience the gift of forgiveness. Being able to forgive others and more importantly myself has allowed me to open my heart and detach myself from the past. I cannot change the past and dwelling on the mistakes I’ve made has caused nothing but pain and suffering. I’m committed to using my experiences to redefine my values and strengthen my character. I’ve woken up, and I’m ready to be the hero in my own movie. Having integrity, being honorable, loving and passionate is no longer a struggle, it’s a way of life and a state of being.

I refuse to accept that because of my past I am condemned to the life-long sentence of having no credibility and no opinion on what’s right and wrong. My past is merely a chapter in the book of my life, one whose only purpose is to gloss over and read through to learn from the highlights and key points. As long as I’m breathing, I have the power to change everything at any given moment. What was once hurtful has become empowering. I used to have a host of defense mechanisms I implemented to discredit people’s opinions of me. I no longer take things personally. I view feedback as exactly what it is, how I show up to this person. It’s neither true nor false, it’s simply invaluable knowledge of someone’s perception of me based on their experience. I can use this information as an objective life report card of how I’m showing up to people and utilize it as a tool to insure I’m being honest with myself. This isn’t saying that I will let peoples feedback change my personality to cater to their liking, but rather It’s committing to actually listen instead of simply not talk and prepare a response. True listening is when one refrains from allowing brain chatter, interpretation and judgement get in the way and feel what the other person is saying instead of just hear it. This will allow me to experience a new level of empathy and understanding and in turn become a better person.

I don’t really believe in New Years resolutions but since I’m finishing this blog so close to the new year, I will have a go. My mom often reminds me of a story from my childhood where she bought me an ice cream cone. As soon as I left Baskin Robbins, the ice cream fell out of the cone and my response was, “Oh well, at least I still have my ice cream cone!” May I maintain the positivity, love and acceptance of the child I once was, no matter the obstacle.