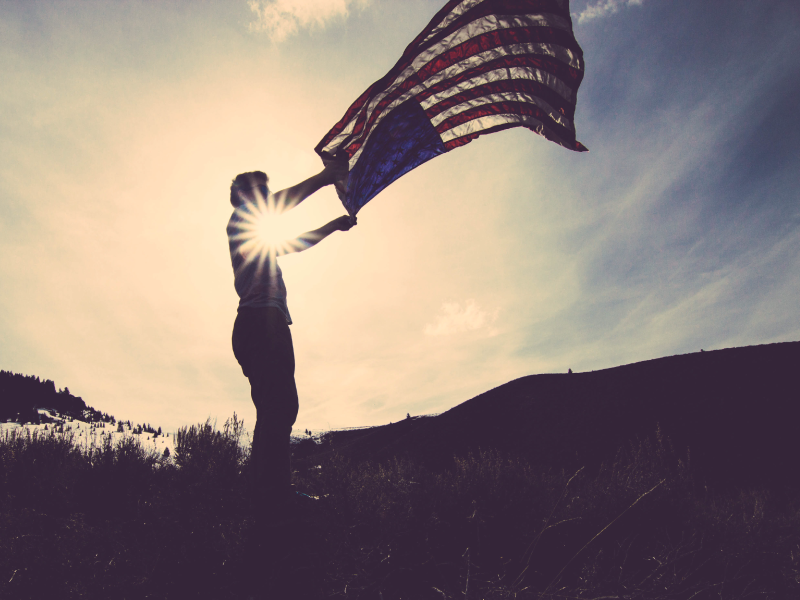 If you flip on the news these days, there’s a pretty high chance that the first thing you’ll see is Donald Trump’s face.  But once the news anchor is finished earnestly dissecting the latest absurd comment that escaped from Trump’s mouth (kind of like a bat that accidentally flew out of its cave in the daytime, and then starts flapping around as it realizes it had no idea where it was going), maybe they’ll cut to a piece of actual political news, and Obama’s face will flash onto the screen. I’ve found that gazing upon Obama’s likeness, versus Trump’s, has a comparable emotional impact to the way it used to feel to watch your mom rub sunscreen on the tops of your feet at the beach, versus watching the tops of your feet disappear into a dirt mound, as it dawns on you that the dirt mound is actually home to a colony of fire ants. While I know Obama’s presidency is in its homestretch, I’ve recently found myself savoring these last months of relative normalcy, in which we continue to be protected by a deeply wise, abidingly rational and fiercely intelligent leader who truly has our best interests at heart. Bluntly put, I think Obama is the best American president since Abraham Lincoln, and I would follow him anywhere.

Over the course of his time in office, Obama’s approval ratings have hit peaks and valleys. But looking back now, from beneath the circus tent of our current political scene, past dissatisfactions with Obama’s performance seem almost comical. How did this insanity happen so fast? Just last year there was a South Park episode in which Trump was president—and it was actually funny because it still seemed like such an improbable nightmare. It’s terrifying enough that we seem to be wobbling on the precipice of genuine political mayhem, but what’s even more terrifying is that the only man fit to walk us through this is the one leaving office.

Obama has the rare intelligence and scruples of a leader that rallies support and changes the course of history—not because he seeks support with the obvious intent that drives most politicians, but because citizens will flock to a leader whose decisions are rooted in irrefutable truths and undeniable wisdom. Obama bases his decisions in fact, science and common sense—as opposed to ego—and he refuses to comply with prescribed expectations that others may have for him as president. Perhaps the prime testament to this was his whiplash decision in 2013—following reports that the Syrian government had killed more than 14,000 civilians with sarin gas—not to attack Syria after he had publicly announced intentions to do just that. As the Pentagon waited for him to push the red button, Obama became less and less certain he’d made the right call. He’d already inherited two wars in the Middle East. He was worried that Assad would place civilians on the ground near targets as “human shields,” and there was no way they could safely bomb chemical weapon targets without poisoning the surrounding regions, potentially killing even more civilians. And perhaps most importantly, neither the United Nations nor Congress had sanctioned approval for the attack. With the entire world watching, in an unprecedented move for an American president, Obama stepped back from his asserted plans for military intervention. And in that moment, he gutted the age-old stance that in order for the U.S. to retain its position of supreme power, it must always follow through on its threats. While the foreign policy establishment of Washington has always argued that America’s power depends on its “credibility,” Obama thinks that philosophy is, for lack of a better word, bullshit. In the early days of his presidency, after the Bush years, Obama says his administration’s main mantra was “Don’t do stupid shit.” And after he decided not to go through with the Syria attack, he said,  “Dropping bombs on someone to prove that you’re willing to drop bombs on someone is just about the worst reason to use force.”

This attitude of practical realism—rejecting the belief that just because we did or said one thing at some point in the past means we have to keep doing or saying it—has always been essential to Obama’s thought process. Back in 2005, in a college commencement speech, he said: “The true test of the American ideal is whether we’re able to recognize our failings and then rise together to meet the challenges of our time. Whether we allow ourselves to be shaped by events and history, or whether we act to shape them.”

Case in point, the American prison system is one of the most ineffective in the world, and Obama has no delusions about this. He is the only president in U.S. history to visit a federal prison, and since he’s been in office, he has released (or “commuted the sentences of”) 348 people serving time in federal prison. That’s more than the last seven presidents combined. These people committed crimes that were immensely less damaging than the lengths of their sentences, which they received under outdated and cruelly severe sentencing laws. Obama understands that the American promise that “justice will be served” has failed these people, and that the very real days of their lives are slipping away as Congress bickers over the politics of repealing laws that have shattered generations of American families and communities.

Much of the importance Obama places on reforming the justice system is linked to his deeply held belief in building strong families. This is a president who sits down to eat dinner with his wife and daughters every night. Last year on a special edition of Running Wild with Bear Grylls(because this is also a president who isn’t above connecting to the world through television, or giving a frank late night interview, even with some jokes at his expense), Obama said that dinnertime with his family is the farthest thing from a sacrifice. “It’s actually my joy, my pleasure. Because if I’ve had a day of world nonsense, for me to be able to come home and just listen to the girls talk about their day it gives me a whole new perspective, and renews me.”

When you place Obama beside Donald Trump, it’s Salvador Dali-levels of surreal that we live in a universe where these two individuals could potentially be up for the same job—the job, of course, being that of the most powerful man in the free world. And perhaps the most telling reason for why Obama has always deserved the job is the deep humility with which he approaches it. And humility is exactly what we need to practice now, in a world that’s imploding with anger and fundamentalism. We must be respectful of others’ beliefs and differences as we navigate the murky waters of international relations, and if there’s anyone who thinks they could actually prevent more terrorism on U.S. soil than Obama has, I think they will find themselves gravely mistaken once they are sitting in his chair.  If true political upheaval shakes the Western world in the impending future, there’s only one man I’d get behind.